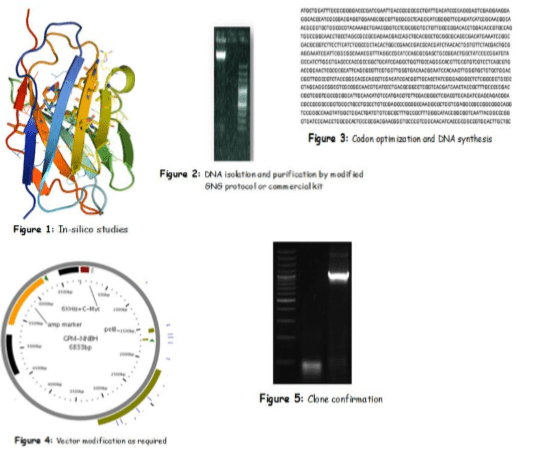 Proteins are the most abundant macromolecules in the living system. The complexity of the molecule enhanced due

to the diversity in structural and functional properties. Protein creates dense networking interactions with nucleotide, lipid, carbohydrates and other small molecules. The living cell can contain thousands of proteins with unique role while responsible for biological functions including defense system and building blocks. However, proteins play diverse and significant role in almost all diseases such as HIV1, Tuberculosis, Influenza, Neurodegenerative disorders, Parkinson’s disease, age related diseases and so on.

Protein functions, interactions and inhibitions are the crucial steps in the mechanisms of the living organism’s molecular processes. Decoding the characterization, network and inhibition/expression of proteins created the proteomics as the vital field or tool in life sciences. The study of broad range protein properties required for understanding the complete set of interacting partners with the multi-functioning protein molecules.

The critical stairs in proteomic study stairways are protein extraction, purification and sample preparation. However, responsible reasons for low success rates are evaluation of posttranslational modifications and biochemical characteristics such as phosphorylation, high instability, degradation rate, unfolding and insolubility.

Generally recombinant protein expression level goes notoriously low or difficult to express and these macromolecules tend to misfold, aggregate and precipitate outside their natural environment.

Due to wide applications of recombinant proteins as therapeutic and prophylactic properties are gaining enormous requirement in the biological and biomedical industries including research activities. The high yield productions of functional and soluble proteins are the crucial goal for proteomics and protein biotechnology. Thousands of reports published on protein molecules, structures and the role in living systems. The significant fact for the success of these studies are understanding the biochemical, structural properties and in-silico predictions of the targeted protein while choosing the right heterologous protein expression vectors (modifications as per need) and systems such as E.Coli, Yeast, Insect, Mammalian etc., purification tags, media compositions, induction conditions and purification methods. Furthermore, modification of target genes, including gene truncation, nucleotide optimization, site-specific mutations and domain specific are the key factors.

Here, TEAM-GNG successfully identified, expressed and purified the vast variety of proteins as recombinant and wild direct from the source. The range of proteins was difficult to express and purify. The domains, truncated and full proteins are available for scientific fraternities and industries as required.

GeNext Genomics Pvt. Ltd. (GNG) developed as recombinant protein production platform. The services are high quality, time and cost-effective. TEAM-GNG enclosed with experienced and technically sound undergraduates, graduates and Ph.D. team mates. We produced several high value and difficult proteins for our customers and associates. GNG is a pioneer in production of recombinant proteins as domains, truncated and full proteins. We apply following figure 7 classic model practices while dealing with the researchers needs.