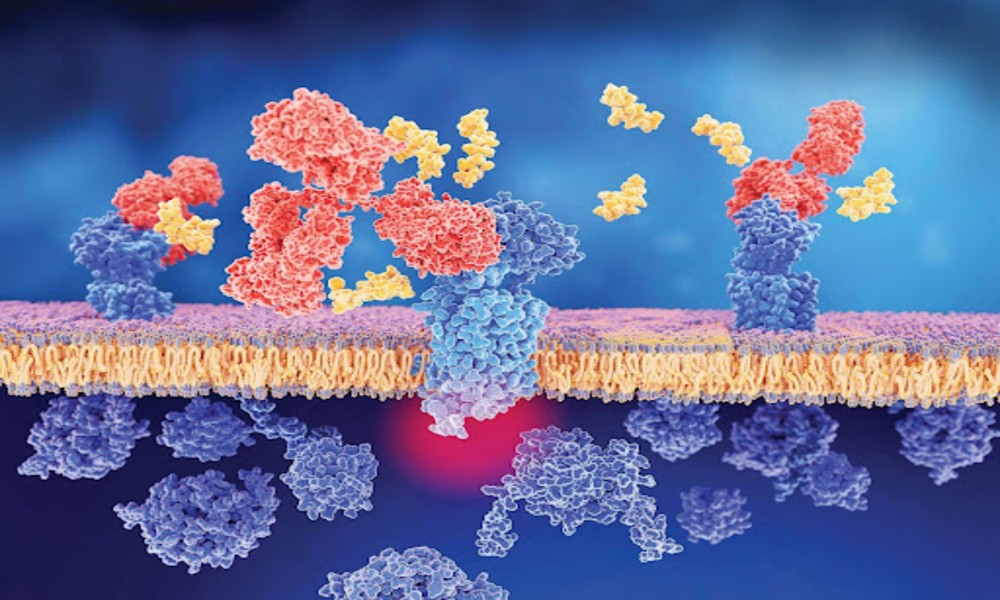 Phages are viruses that infect bacteria specifically and create more phage proteins resulting in more phage particles. These phages carry immense importance in the field of bioengineering for applications that begin with tissue engineering, and scaffolds to immune signal delivery.

There have been recent peek with the interests in vaccines and immunotherapies, phages show the ability to activate both the immune system (Innate and Adaptive) within the body. Research in this field is characterized by every day improving the development of Phage Display Antibody Library systems since the 20th century.

Phage display, a very strong technique in drug discovery and development. The phage display has various applications in the research and development industry and is associated with improving immunological studies like immunotherapy, increasing successful diagnosis, and monoclonal antibody drugs development.

Phage display technology has been explored in the sectors of vaccine development and biologics production against many infectious diseases, and cancer-based immunotherapy solutions. Their ability to display foreign antigens is what proves advantageous for the research.

The hybrid coat protein included in phage particles is released out of the cells. The foreign protein coat area is displayed at the outer end. There are two components within the foreign peptide fragments as Fab(Fragment Antigen Binding) and scFv (Single Chain Fragment Variable). The component area binds to the specific antigen and the expression proves helpful for the detailed study of antigen-antibody interactions.

The produced Phage Display Antibody Library is considered an important tool. With their ability to select specific antibodies and target the antigen of interest is impressive. Among phage antibodies, and selected among the specifics facilitate both the diagnosis and immunotherapy.

Applications Of Phage Display – A Powerful Technique For Immunotherapy

Phage antibodies have been admired in immunization therapy which has driven the development of new and improvised tools. These tools have been crying importance in the disease treatment of cancer, autoimmune, and neurodegenerative diseases.

There have been promising improvements in cancer cell growth inhibition with the utilization of the Phage Display Antibody Library against pancreatic, breast, and colorectal cancer. The usage application of phage display technology for therapeutic and diagnostic agents in autoimmune diseases is growing widely in the research industry.

Phage display technology is a valuable tool, offering efficient, rapid, and inexpensive methods when compared to other methods of industry-based applications. The flexibility of this method is widely known for its hold in biomedical applications, vaccine development, and potential therapeutic delivery. The vital expectation of Phage Display Antibody Library in medicine, diagnosis, and healthcare will seize to increase with everyday research.

We at GeNext Genomics participate in the constructive development of the Hyper immune library, which proves beneficial in research and development throughout the globe. With our team of highly skilled professionals and expert scientists, we have established an antibody library that focuses on delivering target-specific antibodies, adhering to industry demands, and challenging research capabilities.

Immune Evasion And Provocation By Mycobacterium tuberculosis
Anti-TNF Therapy: Past, Present, And Future