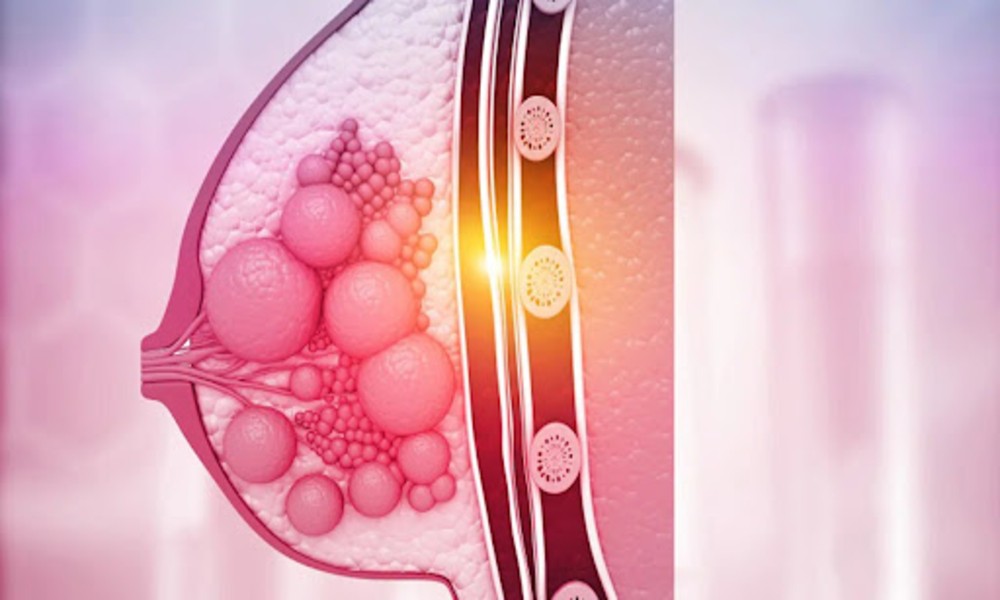 Signal Transducer and Activator of Transcription 3 (STAT3), a signaling molecule and transcription factor has an important role in protecting the heart. With the STAT3 protection for the heart is added to the genomic regulations as TF while other nongenomic ones target the mitochondria, their functions, and autophagy. Being a TF (transcription factor) STAT3 enhances gene regulation for anti-oxidative, anti-apoptotic, and pro-angiogenic, while parallelly suppressing anti-inflammatory and anti-fibrotic genes present. The gene suppression ability is achieved via competing with TF and cofactors.

Triple Negative Breast Cancer or TNBC, a lack of expression of estrogen receptor or ER, progesterone receptor or PR, and human epidermal growth factor receptor 2 (HER2) is the mortal subtype of breast cancer that represents to be the most aggressive. With them having very few treatment alternatives, there is a surge to develop therapeutic and preventive methods of treatment with applied science approaches for TNBC.

STAT3 being a shred of recent evidence in clinical trials for TNBC has played a pivotal role in the process of initiation, progression, metastasis, and immune evasion of the TNBC. STAT3 contributes to cell survival, proliferation, cell cycle progression, anti-apoptosis, migration, invasion, angiogenesis, chemoresistance, immunosuppression, and stem cell self-renewal, with differentiation by regulating effective expressions of the target genes, while being overexpressed and constitutively activated in TNBC cells.

STAT3, 89 kDa protein is encoded by STAT3 Gene. It has about 770 amino acids in length that have six functional domains. STAT3 has the main function of gene transcription regulation. The NH2 terminal domain takes part in the higher order complex formation. The complex formation is followed by a coiled-coil domain that involves protein-protein interactions (PPIs) associated with co-regulators and TFs. After that comes the DNA (deoxyribonucleic acid) binding domain that follows a sequence-specific target for interferon gamma-activated sequence aka (GAS) present in the promoter region of specific genes of the target.

Role of STAT3 in Heart

STAT3 plays a crucial part in mechanisms that contribute to various chronic cardiac pathologies which include hypertension-induced hypertrophy, fibrosis, and diabetic cardiomyopathy.

Cardiac hypertrophy is a complementary response generated when the heart has to cope with the pathogenic stimuli caused by cardiovascular diseases in usual. STAT3 is involved in hypertrophy through transcription. The inhibiting ability of STAT3 induces down-regulation of collagen synthesis and regression of cardiac hypertrophy, which gives STAT3 a major therapeutic target for cardiac hypertrophy.

Cardiac diseases and aging are most times associated with fibrosis in the heart. And STAT3 with its ability to collagen synthesis and cardiac fibrosis through activity plays a role as an important contributor. STAT3 is primarily involved in fibrosis and has crosstalk between cardiac myocytes and fibroblasts under pathological conditions. Hence, proves as a major element for normal physiologic functioning of fibrosis and ECM synthesis.

Role of STAT3 in TNBC

STAT3 has been shown to promote cell proliferation and inhibit apoptosis in TNBC by causing a surge in the expression of target genes. The STAT3 signaling has been frequently activated with the cytokine binding and GF to their target receptors in the TNBC. STAT3 has been a powerful regulator of tumor-associated immune suppression. STAT3 is not only overexpressed but also activates in cancer cells, tumor-associated immune cells, and immunosuppression-related genes.

STAT3 has been regarded as an important structure in biological advances, and with their importance in the multifaceted roles of heart and TNBC, there is a wide scope for finding the right treatment and biologics are the answer for accurate results to the research.

GeNext genomics, a leading producer of Biologics in India, has a team of skilled professionals and expert scientists, who have their methods of 100% accurate production of recombinant protein as STAT3 and help research and development industries to get optimal results. With the monoclonal antibody contract manufacturing, there are target-specific antibodies both human antibody (through phage display antibody library) as well as mouse antibody (hyperimmune antibody library) produced in high-quality.