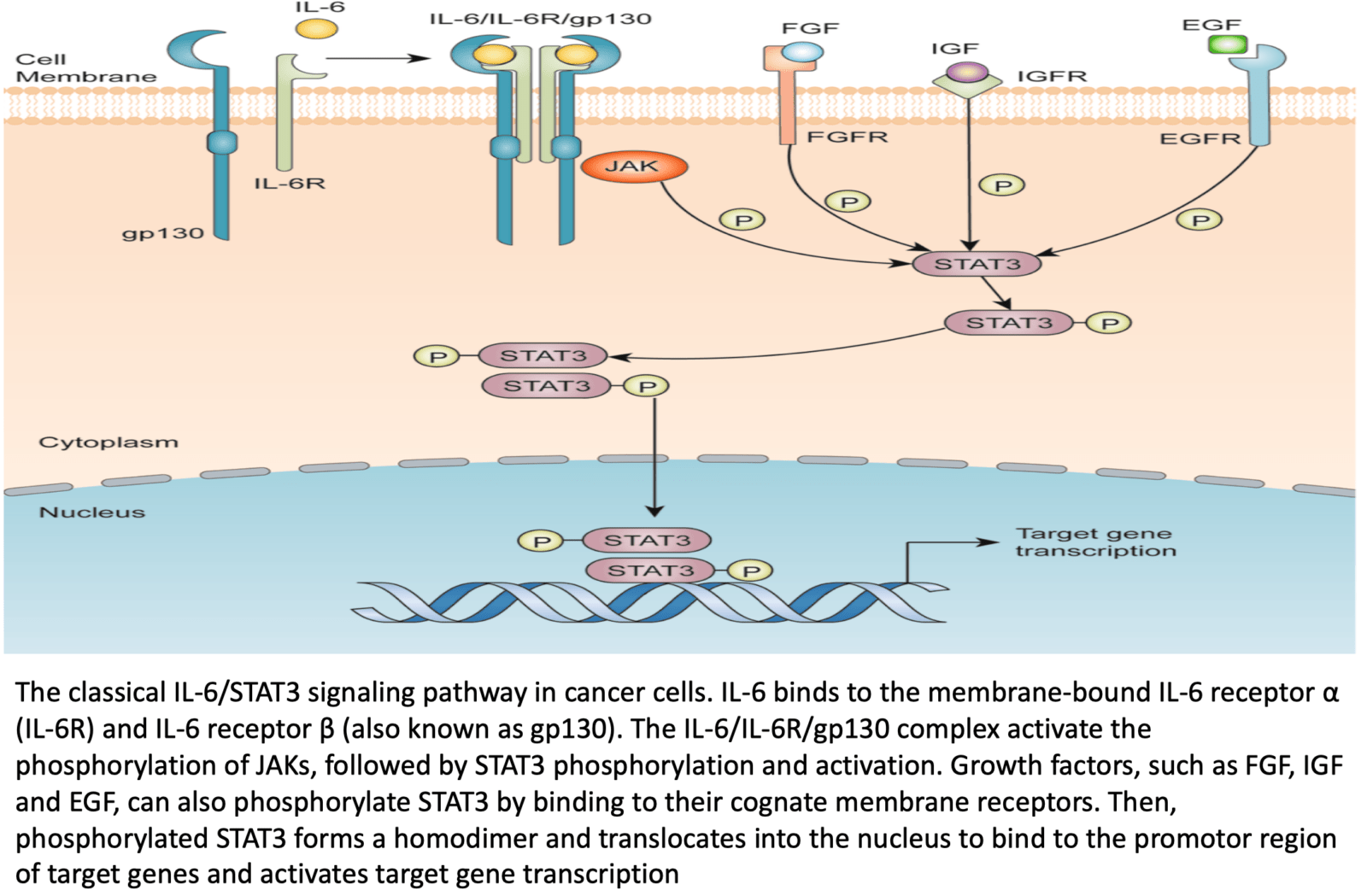 Signal Transducer and Activator of Transcription

STAT proteins are intracellular transcription factors that mediate many aspects:

STAT3 is considered as one of the most crucial member of the STAT family. STAT3 activation occurs via the phosphorylation of tyrosine residue (Y705) by JAK (Janus Kinase) and serine (S727) by MAPK and non-receptor tyrosine kinases. (image: Cell Communication and Signaling)

Over the previous decades, STAT 3 has turned out to be one of the most examined oncogenic transcription factors and exceedingly connected to disease commencement, movement, metastasis and chemo resistance.

It is the most important biomarker of Triple Negative Breast Cancer.

GNG manufactures high grade STAT 3 Proteins, its fragment and domain specific for therapeutic discovery and its antibodies for research.

The Antibody Clone 1A10 binds to the STAT3 domain of 14kda. This antibody has been approved in different applications including ELISA, WB and IHC.

GNG has STAT3 Protein Fragments of various domain (85KDa , 63KDa and 14 KDa) to study the different role of the target in various cancer. Call or write to us on info@genextgenomics.com to assist you with quality proteins and antibody.

Advantages of Hybridoma vs Phage Display for Monoclonal Antibody Production